eTrac, Inc. has implemented a complete geophysical survey suite including dual-head multibeam sonar systems with ultra high-resolution MBES (700kHz) as well as a high resolution (450kHz) and dual head ultra high density to map the 50+ Mile cable corridor of the Transbay cable from Pittsburg to San Francisco, CA. Additional innovative techniques, including extended sonar mounts implemented to place the sonar closer to the cable as well as angular mapping to define any space between the cable and the seabed, were used. eTrac also performed the first 3D CHIRP survey of the cable to create a continuous depth of burial dataset. Finally, eTrac’s previous experience with the Tripod-mounted micro-multibeam system Blueview BV5000 was included in the proposal to create high definition 3D point cloud data for close-up imaging of certain areas/features as required to fill in any imagery gaps from the 700kHz multibeam data. A rigorous analysis of the data by personnel with extensive experience in the cable and pipeline industries allowed a full cable risk assessment. Areas of exposed cables were identified with high precision and were measured and detailed in a database along with a full inventory of surrounding hazards adjacent to the cable. All multibeam data was handled with eTrac’s QPS QINSy hydrographic data acquisition, navigation and processing software package.

A custom, scalable Geodatabase was designed and created in an ARCGIS and web-based format to house the various information collected during the survey. The layering of the various georeferenced datasets is possible using comprehensive GIS software tailored to the client’s needs. Some of the tracked features include the cable route, annual multibeam data, quarterly multibeam data in specific areas, difference surfaces between surveys, objects, crossings, protective mattresses, sandwaves, ridges and burial depths from subbottom surveys. Also, an AIS tracking system shows live-feed of vessels in the area and it also records a vessel’s location when it comes near or crosses the cable. All of the tracked features in the geodatabase can be turned on or off in the menu option. If a feature is turned on and clicked on, a pop-up window will appear with point cloud imagery and additional details about the feature. 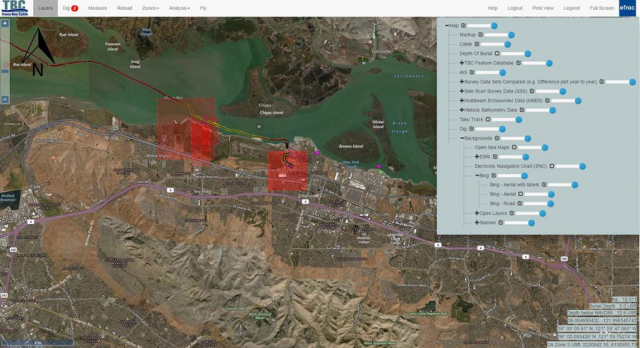 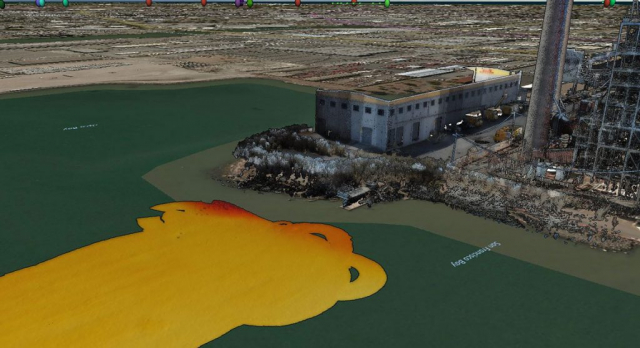 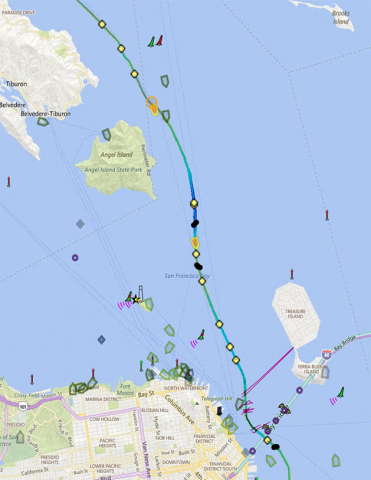 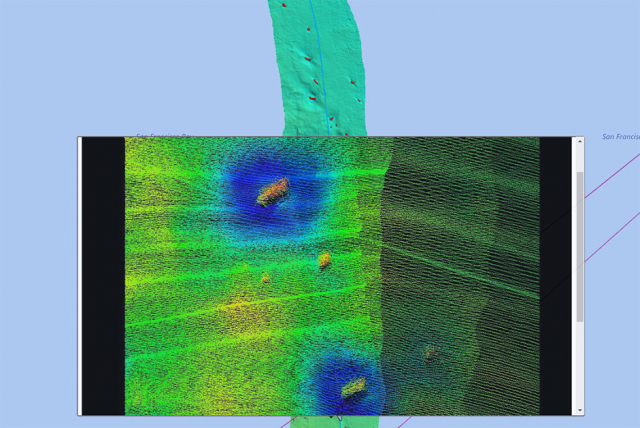 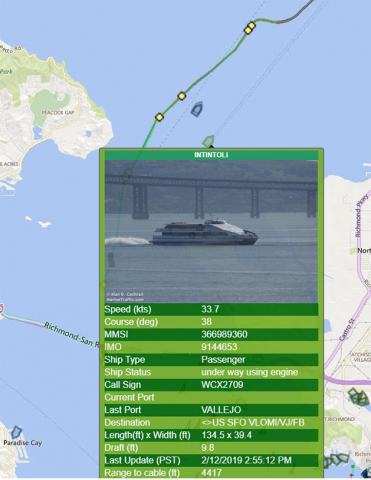