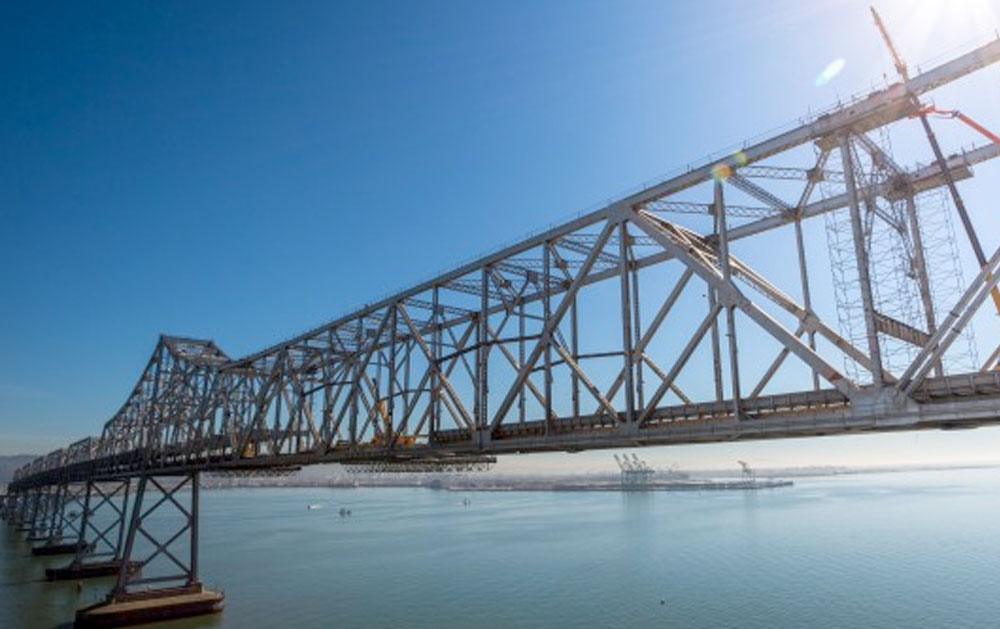 Utilizing positioning equipment installed and supported by eTrac, crews have begun to carefully dismantle nearly 2 miles of the 77-year old East Span of the Bay Bridge section-by-section, in roughly the reverse order of how it was built in the mid-1930s.

Crews will first work in the westward direction toward Yerba Buena Island, taking apart the cantilever section and demolishing the S-Curve, before moving east to dismantle the 504’ and the 288’ truss spans. The demolition team will then head to the waterline to remove the piers, pilings and foundations that support the span. When the entire demolition project is complete, over 58,000 tons of steel and 245,000 tons of concrete will have been removed.

For more information about the project, check out the Bay Bridge website here. 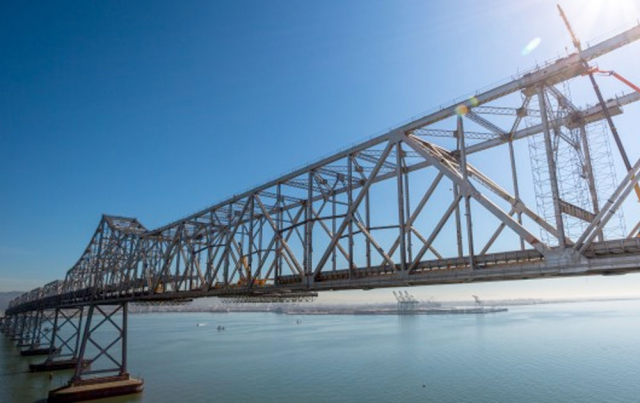 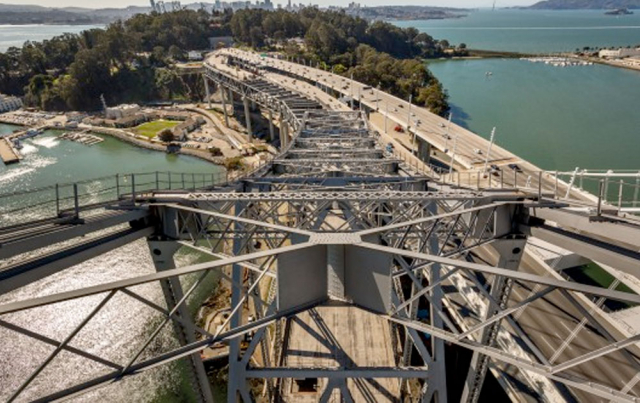