In February 2017, Oroville Dam’s main and emergency spillways were significantly damaged, resulting in the evacuation of more than 180,000 people and the relocation of a fish hatchery due to the high risk of a catastrophic spillway failure. Approximately 1.7 million cubic yards of debris eroded from the side of the spillway, which clogged up the feather river and raised the water levels by about 30ft which almost flooded the upstream Hyatt Hydroelectric Power Plant. eTrac was called in to provide critical information to assist emergency crews and engineers before, during, and after the evacuation and emergency repairs.

eTrac’s extensive experience in various marine construction technologies and applications was invaluable to the time-sensitive requirements of the various emergency contractors onsite. eTrac provided underwater imagery of the debris piles and their migrations and growth towards the upstream powerplant and to the diversion dam downstream of the spillway. High-resolution multibeam data was collected to determine the safety of the turbine outlets at the power station while the structures were submerged from the floodwaters. eTrac setup several water level sensors to monitor the different levels of the floodwaters at the bottom of the spillway in order to provide real-time data to DWR and the dam operators who were controlling the flow of the spillway.

eTrac also performed daily LiDAR survey’s using a tripod-mounted Reigl VZ 400, a Trimble TX8 and a Hypack NEXUS 800 aerial LiDAR drone. The various data sets were collected, processed and delivered daily to monitor and quantify the rapidly changing topographical system. Volumes of erosion and deposition were computed each day using a model that combined the various topographical datasets within the spillway area. Digital terrain models were derived from the combined datasets and uploaded to each of the dredges that were excavating the debris from the river. All of the dredges were outfitted with dredgepack software and the accompanying sensors produced by eTrac in order to increase the efficiency of the debris removal process. 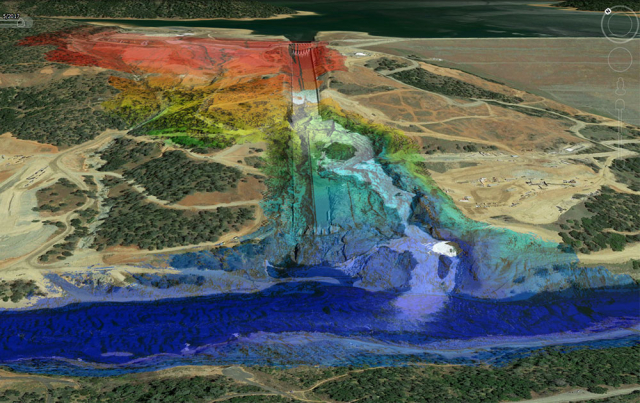 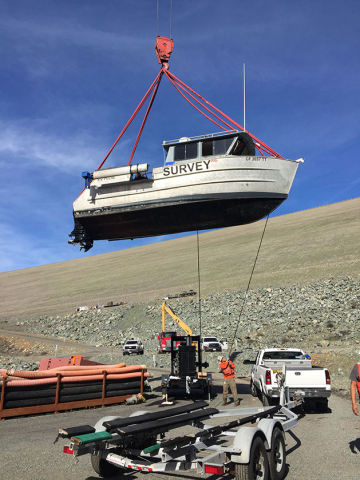 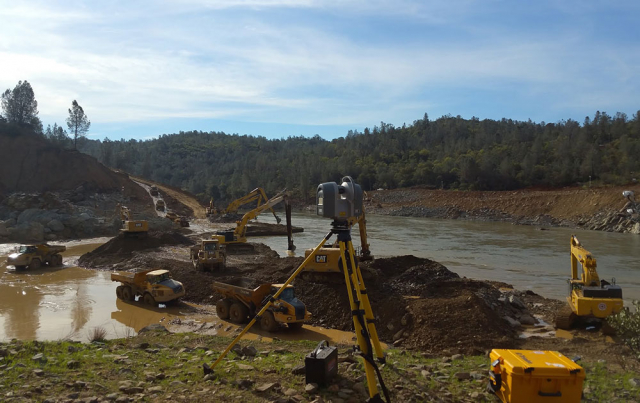 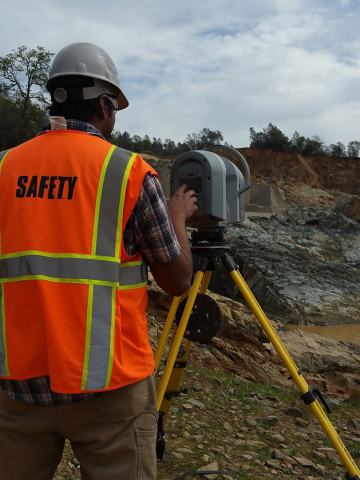 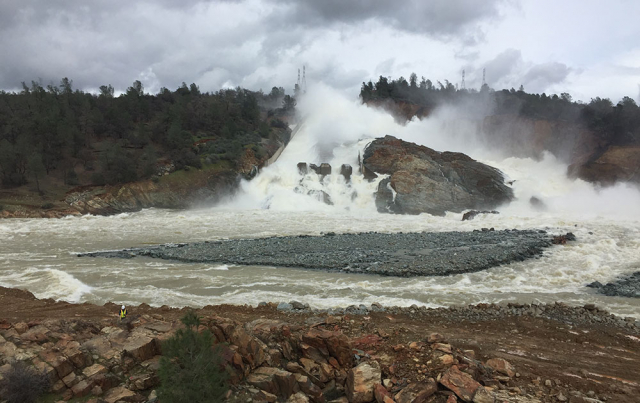