On November 30th, 2018, south central Alaska experienced a magnitude 7.0 earthquake; the epicenter being only 15 miles from the eTrac Wasilla, AK office and the Port of Alaska. Following the earthquake, the 9th Task Order for the current NOAA contract was awarded to eTrac to include seven areas of complete coverage and object detection multibeam hydrographic surveys spanning the distance between Anchorage and Kenai, AK. The response time from Task Order to data collection and vessel mobilization was within two days given the emergency nature of the survey. All seven areas were mapped over the course of nine days in two separate field efforts while conducting 24 hour survey operations.

An eTrac owned 25’ catamaran survey vessel was mobilized for full 24 hour ops for the first phase of the survey area close to Anchorage and Fire Island. The 24 hour ops were necessary to beat the inevitable ice that moves into Anchorage every winter. The Anchorage surveys were completed within five days just as the ice began forming in the inlet. The second phase of the project was completed upon a separate survey vessel. Due to the safety hazard of ice, a 60’ tug with an ice grade hull and permanent sonar moon pool was mobilized. This task order came with complex on the spot planning and mitigation of environmental hazards. Within two weeks of the earthquake, ice had fully congested upper Cook Inlet from Anchorage to Fire Island. The tug survey vessel has an ice rated hull and was subcontracted to operate once the sheets of ice had solidified within the area. Adding to the logistics of large areas of ice, weather in lower Cook Inlet by the Kenai River entrance is erratic; tidal swings are approximately 30ft and currents regularly run up to 10 knots. Two survey areas were located offshore of Nikiski, AK which is geographically located in an area named the “forelands”; this is a pinch point within Cook Inlet where the gap narrows on each side creating a funnel thus making working conditions complex and challenging. With below freezing temperatures and heavy seas, freezing sea spray covered the boat and survey equipment resulting in 24 hour maintenance and safety mitigation.

This is the first Task Order where the usual pipeline of having a data collection team and data processing team shore side did not exist during data collection for the entirety of the survey. During data collection in Anchorage, data hand overs occurred during crew changes every high tide and data was immediately transferred via FTP to the California remote processing office where data went through the processing pipeline. Due to the limitations of only having bunk space for two surveyors on the tug and limited internet access, the acquisition surveyors in Kenai also acted as a mobile processing team when each surveyor was not standing an acquisition shift. By processing the data through the detailed processing pipeline complete with survey area QA/QC checks, the surveyors were able to verify that NOAA charting specifications had been met before leaving an area where transit to the next site could take up to six hours. 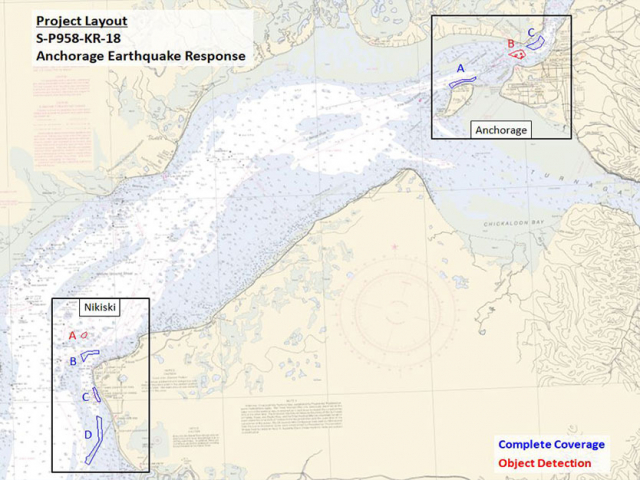 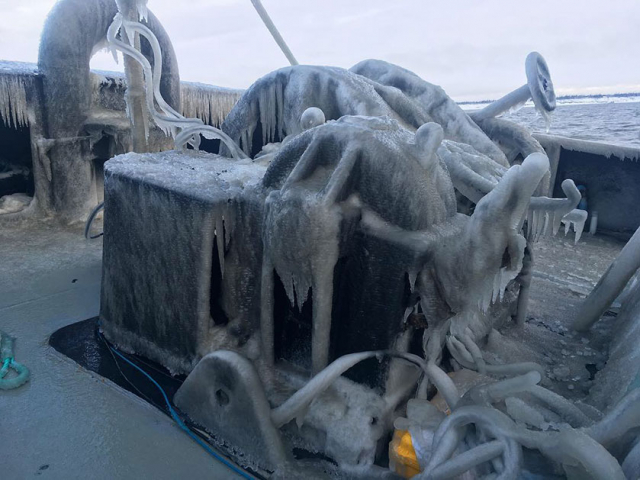 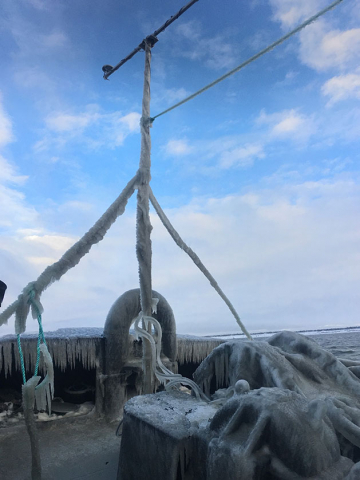 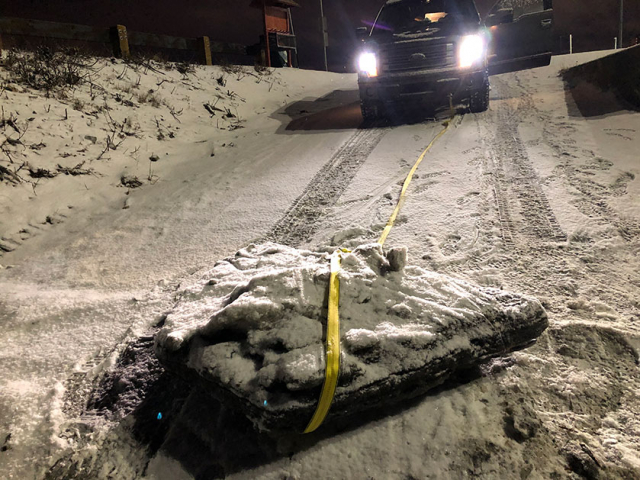