In 2017 eTrac was part of a team supporting the demolition of the original eastern span of the San Francisco-Oakland Bay Bridge. eTrac began by surveying the area beneath the original and new eastern span of the bridge in order to locate the exact position of cables and pipelines. This data was integral throughout the project when moving spud barges and anchors around the bridges. eTrac also had an important supporting role in the preparation, detonation, and post blast cleanup of each bridge pier. For each bridge pier demolished, a continuous curtain of bubbles had to be established around the foot of the pier to attenuate the blast energy during the explosion. To accomplish this, demolition teams would place ten 50ft long bubble curtain frames around the bridge pier. After each frame was placed, eTrac surveyors would perform a multibeam survey to ensure correct location. Minutes after each pier was demolished, an eTrac vessel performed a multibeam survey to ensure the structure was reduced to desired depths. eTrac also did follow up surveys to help in the cleanup of the demolition debris. 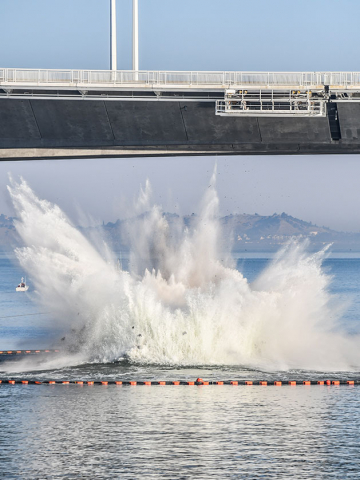 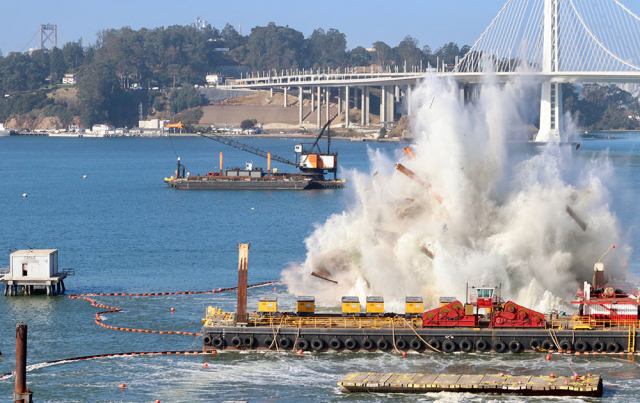 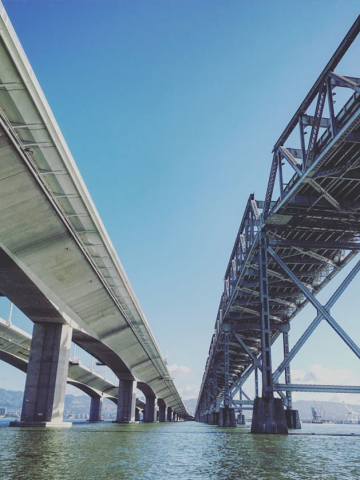