eTrac was tasked with additional analysis of the West-Central Bay, Suisun Bay, and Middle Ground, sub-embayments within San Francisco Bay, CA, comparing 2008, 2014 and 2018 data, using the three most recent multibeam bathymetry surveys. The most recent survey was performed by eTrac in the spring of 2018 while the 2014 and 2008 surveys were performed by the Sea Floor Mapping Lab (SFML) of California State University, Monterey Bay. The primary objective of the additional analysis was to compare the three different datasets noting the change in technology used over the past ten years, the difference in processing techniques and evaluation of each dataset to determine if a potential survey issue occurred requiring a dataset to be disregarded. Each dataset was compiled in QPS Qimera and Qinsy Sounding Grid Editor to generate difference comparisons, cross sections, and the total statistical analysis. Comparisons were made in each area as well as hard-bottom areas that were deemed to have the least amount of natural change due to lack of material (sediment or vegetation) coverage. Data quality checks like this are vital to the industry for understanding our different modes of data collection and data processing. 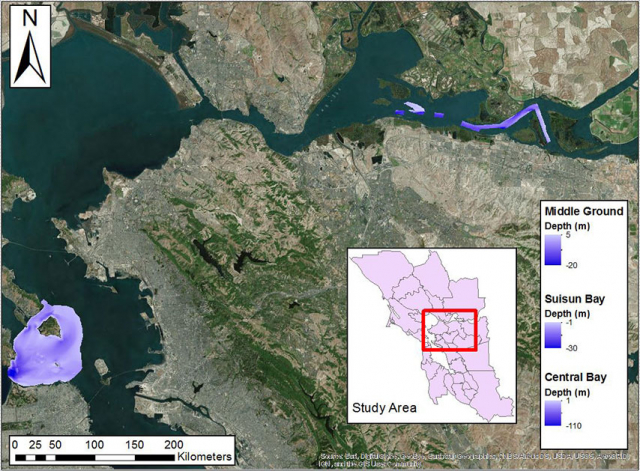 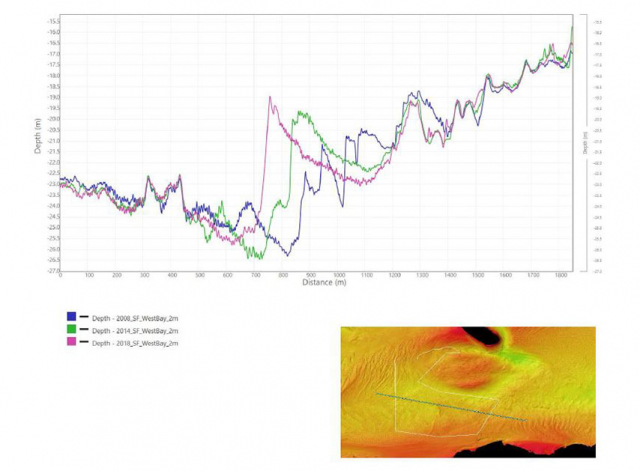 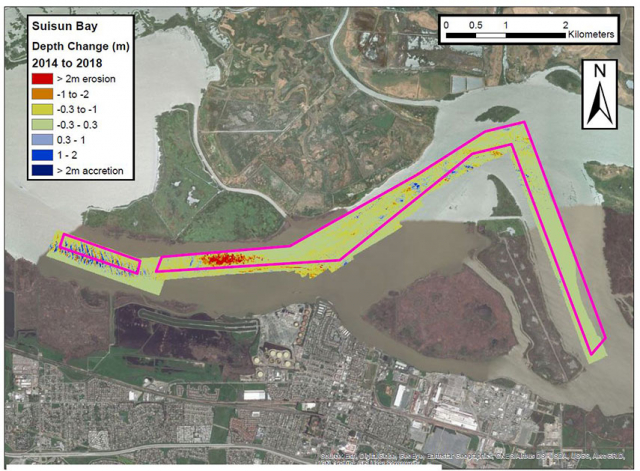 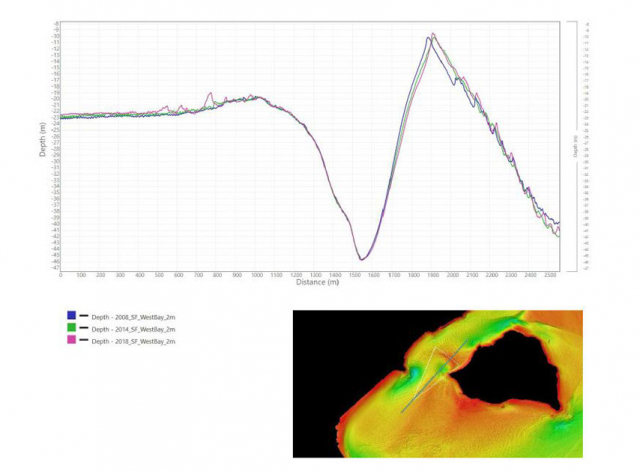 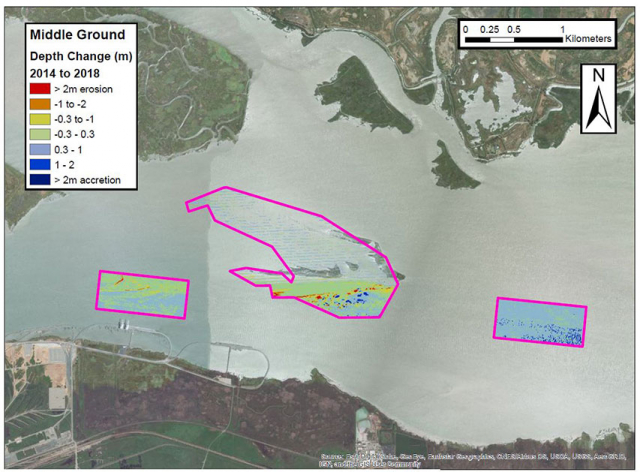